Economic Update: How “Patient” is the Federal Reserve?” 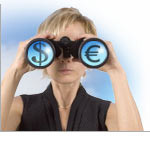 New jobs and a falling unemployment rate have been a theme for the first quarter of 2015. Nationally, the U.S. economy created 212,000 new jobs in February and the revisions to estimates in the three months prior were all revised upwards. This now makes 55 straight months of increases in private company payrolls in the United States. Over the past year, private payrolls have increased by an average of 245,000 every month, dropping the unemployment rate to an estimated 5.5%i.

Economic textbooks would tell you that the United States is approaching full employment. If it were only this simple. Unfortunately in predicting the economic outcome of a country with 360 million people in it, it never is. But the Fed has two mandates: full employment and stable inflation. Based on figures from the Bureau of Labor Statistics, the U.S. is closing in on full employment.

Enter Janet Yellen. In her testimony before congress a few weeks ago she was bullish about the U.S. economy. For our credit union clients who follow the direction of short term interest rates and Fed monetary policy the signal on whether or not the Fed will raise it’s benchmark overnight lending rate is whether or not the word “patient” is used.ii. Patrick Gillespie said in his article last week, “It sounds crazy to obsess over one word, but the markets can go nuts if the Fed changes their statement. When the central bank added “patient” to its statement about a rate hike on Dec. 17, the Dow had one of its best days last year.” Mr. Gillespie’s comments were accurate and when the Federal Reserve announced the removal of the word “patient” the Dow jumped over 300 basis points in a matter of minutes.iii.

For managers of credit unions, the prevailing Fed policy rate has many implications. For over 5 years now, most of our credit unions cost of funds (interest rates credit unions pay to their members) have hovered near zero. It is a scenario that many have gotten used to. We have noticed that the net interest margin for many of our clients has been squeezed (see page 5.1 of your ALMPro report). With the latest Fed statement, they have put interest rate hikes into play but also signaled it will remain cautious. If and when the Fed begins to raise rates, it’s possible that credit unions will have to follow suit on deposit rates.

Other implications that would be great for credit unions would be:

At Mark H. Smith we work hard to provide you with great analytics and information to make decisions at your credit union in all kinds of interest rate environments. Your ALMPro report has excellent measures of the how interest-rate-sensitive your balance sheet mix may be. As always, please don’t hesitate to contact our team with questions or help in measuring your interest rate risk and planning your credit union’s response to the possible rise in interest rates.