Client Corner – A Picture is Worth a Thousand Words

The adage “A picture is worth a thousand words” appeared in newspapers in the early 1900s and refers to the notion that a complex idea can often be presented more easily with an image. A Napoleon Bonaparte quote is translated to say, “A good sketch is better than a long speech.” 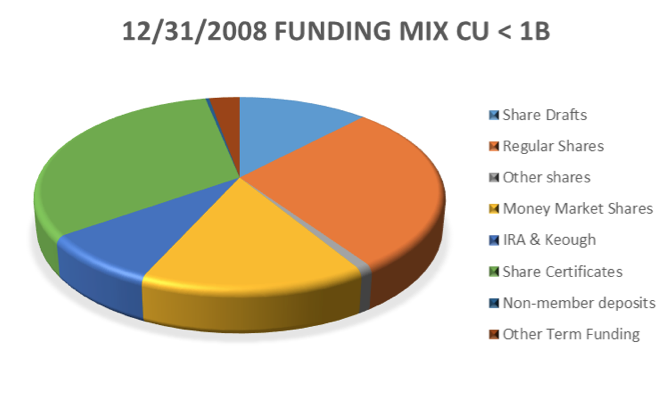 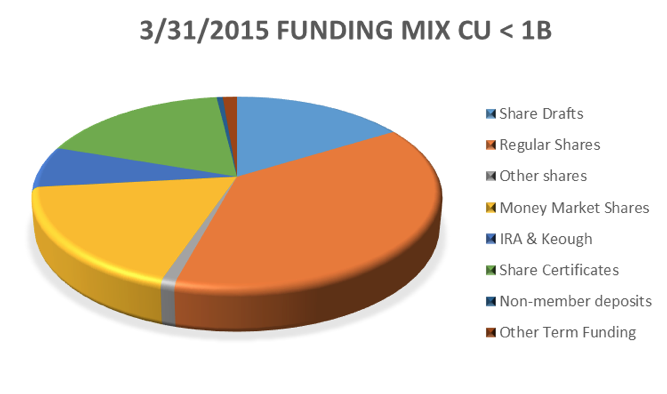 The picture is slightly different for credit unions with total assets less than 1 billion. The total funding sources were $380.0 billion with 56.8% in non-maturity shares at the end of 2008. As of March 2015 the funding grew by $74.1 billion to $454.1 billion and a shift from term deposits to 73.3% now in non-maturity deposits.

The credit union funding mix has changed quite dramatically over these 7 years. This change should be considered when evaluating interest rate risk. Given the concentration in non-maturity deposits, I recommend management and the ALCO review current NMD assumptions closely. This review might include a study of past NMD behavior, growth trends and changes in funding mix within your credit union, along with possible changes in behavior and funding mix looking to the future. It is very important to document these discussions in meeting minutes. Non-maturity shares assumptions used when modeling interest rate risk should reflect not only what has happened in the past but be as accurate as possible in assuming what might happen in the future so the risk profile results can be relied upon. Some questions to ask with regard to deposits and funding mix are:

A couple of things we know for sure; rates have been very low for a long time and the funding mix for credit unions has changed. We also know we are in a situation where past behavior may not be a good predictor of the future of these deposits. There are several schools of thought on this topic.
Some think the deposits moved to the credit union for safety and liquidity, with very little regard to interest rate. The people who had solid savings during the crisis survived, those who did not struggled.

Others think the delta between regular share rates and money market rates, versus certificate rates is not enough for the member to lock in a rate, especially if they think rates are going to rise.

Most likely it is a combination of both scenarios.

I think it would be very worthwhile and prudent to consider the variables and periodically run multiple scenarios through your model to evaluate possible outcomes. Then discuss the outcomes with the management team and make adjustment or changes to your IRR management plan if necessary. Also consider evaluating scenarios that are plausible and even likely, along with the traditional stress scenarios. This additional testing will help provide a strong understanding of interest rate risk at your credit union. 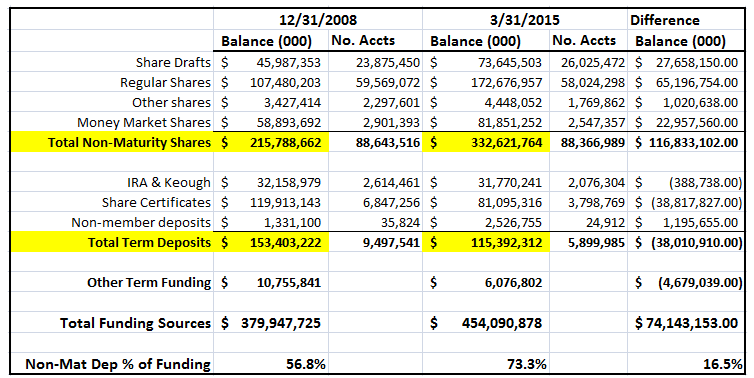